The town’s history can be traced to the 1830s when Thomas Ely and his four brothers first built a mill at this location on the Patapsco River. Known orignally as Elysville, the town’s name changed as subsequent owners took over the mill’s operation.

In 1853, James S. Gary & Son, Inc. took ownership of the mill and the town was renamed Alberton. The town of Alberton consisted of, 550 acres nestled in the wooded hills straddling Howard and Baltimore counties, about three miles north of Ellicott City.

The son, James Albert Gary, and his family, lived in Baltimore but maintained a country home in Catonsville, known as “The Summit.” James Albert Gary, made unsuccessful bids for Congress and governor of Maryland and was later appointed Postmaster General for President McKinley and to leadership of the Maryland Republican party.

In 1866, the dam for the Alberton Cotton factory failed. The debris from this dam contributed to the loss of the Frederick Turnpike bridge at the “lower” Ellicott Mills. The combined debris from these two failures then struck the Patterson Viaduct and brought down the two main stone arches spanning the Patapsco and severed one of the main railroad connections from the eastern United States to the west.

In 1940 the community of Alberton was sold to the sole bidder, the C.R. Daniels Company, for the sum of $65,000. As reported in the Baltimore Sun on November 24, 1940, the price included “a three-and-a-half-story mill, a concrete dam over the Patapsco River, 118 homes and 550 acres of land.  It also bought a water-system, private roads, a bridge, two churches and a general store.”

The mill, a producer of cotton duck material, largely for use by the government provided employment to an average of 250 persons, most of whom lived in the town. In advance of the town’s auction The Sun wrote in a lengthy article, “From the slopes to the south, Alberton spreads out in reds and greens like a toy village, with the gray mill and two stone churches with slate roofs and steeples in contrast.”

During the 1950’s and ’60’s, the Daniels plant was enlarged 100% in order to manufacture additional products including sporting goods equipment under the name of Dandux. In 1967 residents of the town were notified by the company of plans to relinquish and demolish the community’s rental housing. The Mill remained operational at the site until 1972, when it was destroyed by flooding from Hurricane Agnes. Although temporarily displaced, C.R. Daniels carried on its manufacturing operation and eventually found a permanent location in Ellicott City where it continues in operation today. 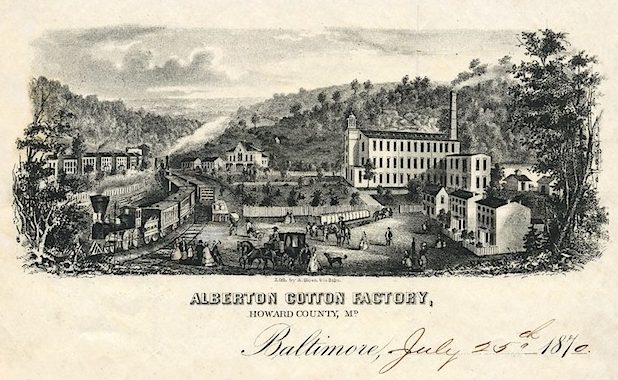 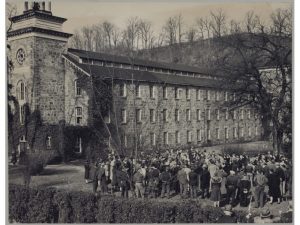 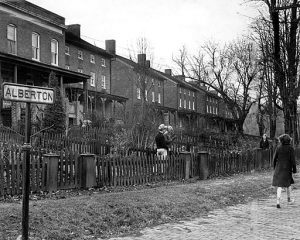 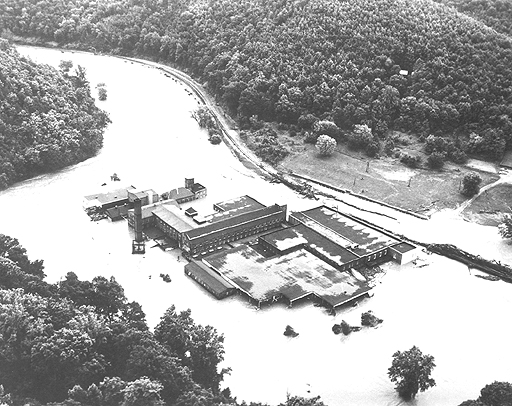 The Patapsco Heritage Greenway, Inc. is dedicated to preserving, protecting, interpreting and restoring the environment, history and culture of the Patapsco Valley between Daniels and Elkridge, Maryland.

Natural processes, natural beauty, and history combine to create a unique opportunity for neighboring residents and visitors from across the state and beyond, to understand and enjoy Maryland’s most dramatic river valley. Through the efforts of many partners, the public appreciates the significance of the valley’s heritage, understands its history, and enjoys the experience it has to offer.

Support Our Cause
X